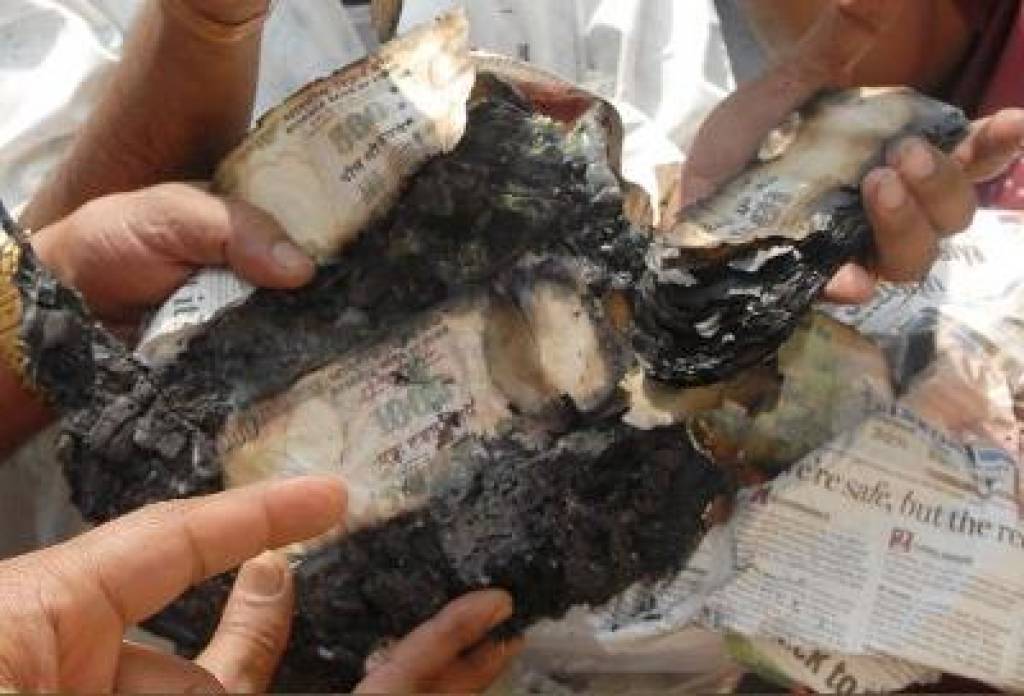 Two days after the demonetisation of high-value notes, a rag picker in Pune came across a bag full of Rs. 1,000 notes today, summing up to Rs. 52,000.

The rag picker, an elderly woman, chanced upon the cash in a plastic bag. She immediately alerted her supervisor, who in-turn informed the police.

Police said the incident took place in one of the by-lanes of Law College Road in Pune this morning.

"Shanta Ovhal, who is working with the civic body, was segregating the waste this morning in one of the by-lanes of Law College Road, when she found a plastic bag," an officer attached to Deccan-Gymkhana police station said.

"To segregate the waste, she opened the bag and was shocked to find currency notes in denominations of Rs. 1,000 along with some waste in the bag," he said.

The woman then informed about it to her supervisor.

"Later, they approached the police and submitted the bag filled with Rs. 1000 currency notes," the officer said.

"We are investigating who had left the bag in the waste and also probing the genuineness of the recovered notes," he added.

On Tuesday evening, Prime Minister Narendra Modi had announced that high denomination notes of Rs. 500 and Rs. 1,000 will no longer be legal tender, in a bid to eradicate black money and create a "corruption-free" India.