Taking the nation by surprise, Prime Minister Narendra Modi on Tuesday night announced demonetisation of Rs. 1000 and Rs. 500 notes with effect from midnight, making these notes invalid in a major assault on black money, fake currency and corruption.

In his first televised address to the nation, Mr. Modi said people holding notes of Rs. 500 and Rs. 1000 can deposit the same in their bank and post office accounts from November 10 till December 30. 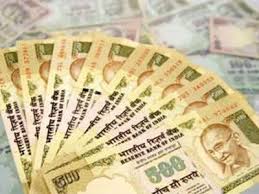 8.53 pm: Government hospitals, pharmacies at such hospitals will accept Rs. 500 and Rs. 1000 notes for 72 hours from November 8 midnight.

8:34 pm: This is a chance for every citizen to take part in the fight against black money and corruption, says the prime minister.

8:30 pm: There is no restrictions on internet banking, cash, demand draft transactions.

8:25 pm: There are, however, some exemptions. Government hospitals and international airports.

8:20 pm: These notes should be exchanged in banks and head post offices and sub post office within December 30, 2016, by providing a valid identity proof such as Aadhaar, PAN card or voter ID card.

8:10 pm: Corruption, black money and terrorism can come in the way of a country's robust economic growth, says the Prime Minister.

8:07 pm: He moves on from corruption to terrorism. He tells "terrorsists from across the border" are spreading counterfeit currency notes.

8:06 pm: We hear stories of how autorickshaw driver returns gold left by a passenger in his vehicle. These stories tell how common people are honest. It is only a few people engage in corruption for selfish reasons, he says.

8:05 pm: Corruption and black money are the biggest hindrances in the fight against poverty, he says adding that it is everyone's responsibility to eradicate poverty.

8:04 pm: Mr. Modi lists out the various schemes launched by NDA government in his address to the nation. He mentions the Jan Dhan Yojana.

8:03 pm: This govt is dedicated to the poor, and will continue to do so, says the Prime Minister who completes two-and-a-half years of rule today.

8:02 pm: India has registered itself as a bright spot, and its not that this is a claim made by us, but by IMF and World Bank

8:00 pm: The Prime Minister's address to the nation has begun.