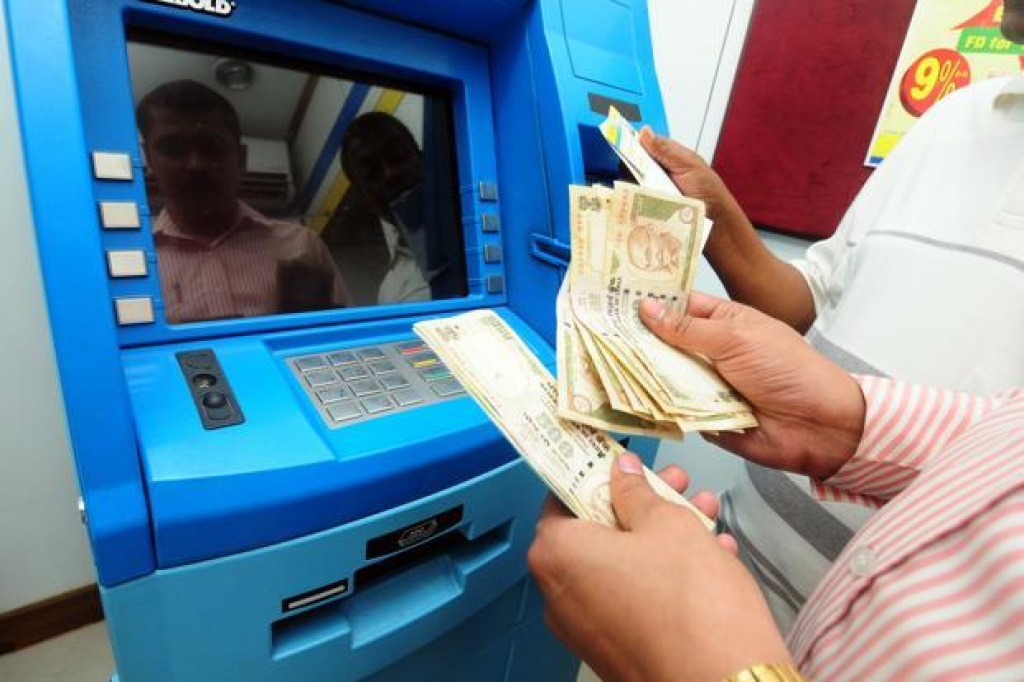 Recently, India faced one of the biggest instances of financial hacking that affected 3.2 million debit cards. The source of the problem was traced to an ATM.

How does an ATM work?
There are many types of cash dispenser machines and most of them feature a screen, a card slot, a cash dispensing slot, a keypad, and some keys at the side of the screen. Many newer-model ATMs have cameras as well.

The most common ATM transaction would involve the user inserting her or his card, entering their Personal Identification Number (PIN), and withdrawing the cash. In the course of this simple procedure, there is a lot of work going on behind the scenes. Once you insert the card, the ATM reads the magnetic strip on the card. Newer ATMs will read the chip on the card as well. After that, the machine checks the authenticity of the card by matching the data and the PIN from a server.

Once the user makes a transaction request, the data goes to a mechanism called the Switch which sees the data and routes it to the server of the bank which is related to the card. After that, once the amount and the account balance is confirmed, the Switch gives a green signal to dispense the cash. Otherwise, depending on the nature of the problem, a message will flash on the ATM screen, such as, 'Not enough balance' or 'No denominations of INR 100s available.'

Also, this is the point at which security has to be the tightest. As the recent incident suggests, a malware crept into one of the networks in the course of such transactions putting the data of cosumers and the banks at high risk.
The ATM cameras record the consumer's activities and help track robbers in case of a money-stealing incident. Should a customer get a fake note, she can wave it in front of the camera as proof.

AGS Transact Technologies is one of the ATM providers, catering to banks such as SBI, ICICI, and HDFC, and operating more than 60,000 machines across India. Everyday, banks deploy cash vans to fill out ATMs with cash. The machine usually has 4-5 slots, called cassettes or Cash Media Dispensers (CMD), where denominations of INR 100,INR 500 or INR 1000 can be placed.
"We at AGSTTL provide banking & technology solutions to more than 80 leading banks across the country. Being India's only end-to-end payment solutions provider for banking and other sectors, we excel in manufacturing and deploying ATMs, Outsourcing services, Cash in transit and vault services, transaction switch & software to back it. In fact, the daily transaction business of our subsidiary Securevalue India Limited is about INR 750 crores," Ravi Goyal, Chairman & Managing Director, AGS Transact Technologies Limited told Huffpost India.

Security of ATM vans is paramount. They take different routes to ATMs on different days and there is a GPS tracker embedded in the vehicle that can sound an alert in case of any route deviation. A call goes to the security inside the van immediately, and the security center also has the authority to cut down the engines of the van remotely.
In India, AGS Transaction Technologies deploys remote cash vans as well, where people can go and withdraw cash while an ATM is being filled or serviced.

There are many monitoring centers as well which keep a constant eye on the ATMs. They determine what has gone wrong the moment a machine goes down. Server link being down is a major reason for ATMs not being functional. The network and software issues are handled at the center while some other issues require a visit from the maintenance team.
Many machines in India are just cash dispensers, even though we call them ATMs. The key difference is that ATMs can be used to deposit cash as well. Soon, there will be ATMs where you can pre-book a transaction through QR codes.
A new set of machines called the recyclers, that can take and process cash deposits by individual customers have also been rolled out in India. RBI has put many guidelines for these machines to avoid instances of fraud. The machines perform various checks on currency notes to verify their authenticity. If a note is found to be fake, the customer is informed and the data sent to the bank.

"We have a host of multi-utility intelligent machines and a wide spectrum of cash and non-cash solutions under one roof. For instance, one of our machines can enable customers to pre-stage a transaction from the mobile app just at their convenience anywhere and upon reaching an ATM machine all they have to do is scan the QR code generated while pre-staging this transaction to withdraw cash. Users can also define the desired denomination through on the mobile app." Goyal said.
When an ATM is initiated for the first time ever, it has to be authenticated by dual authorities. Two people get two different 16 digit keys provided by the bank. They both 'insert' the keys and the bank server authenticates the ATM.

Now, companies are working on enhancing ATMs' capabilities to enable cash transactions with e-wallets and Near Field Communication (NFC) enabled mobile phones. Most ATMs now also have accessibility features for differently abled customers. The machines are installed with a speaker for voice instructions, as well as buttons that are visually-impaired friendly.
Recent incidents of fraud have put the spotlight on ATM security. While online transactions are growing in India, it will take some time for the country to truly adapt to e-cash. Until then, cash will remain king.